Many families in Alto Trujillo live in humble, unpretentious dwellings that would not stand the test of time. As soon as they can afford it, families build adobe houses to replace the original structures. But many of them do not have proper windows or indoor plumbing.

The Homes for Families program assists worthy families to build or complete their new homes so they can live in a healthier environment.

Sister Immaculata says:
House building has taken a new turn in Alto Trujillo. The government has a project called “Techo Propio” which means “your own roof.” They are building small houses but they are of brick and cement and include a tiled bathroom. The family has to pay a once-off $670 Soles, which is about US$230 dollars. So we are no longer building the adobe homes but are helping with the contribution to the “Techo Propio.” So far we have built 10 of those and still have funds which came from a Sister in Ireland who got money for her Golden Jubilee and sent it to us. We believe the project will continue during 2010. 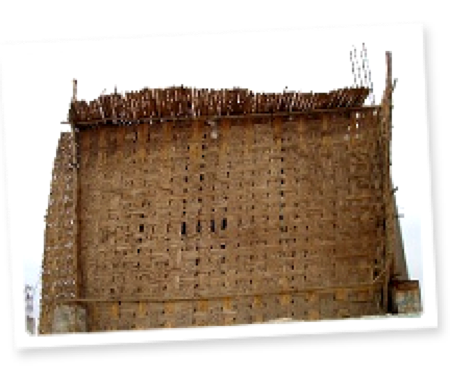 Typical "ranchito" in the outskirts of Alto Trujillo 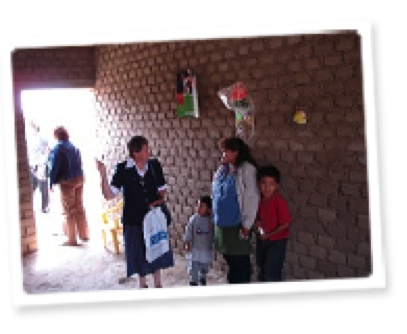 Sister Immaculata and a family in their new home 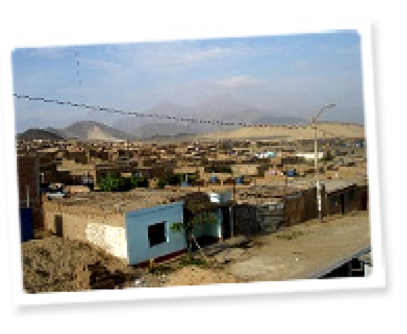 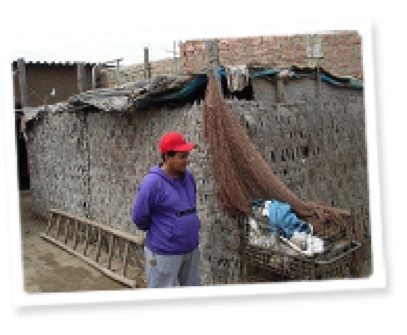